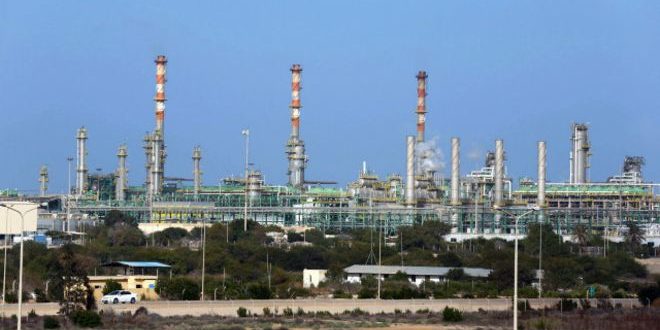 Gunmen of the Tobruk-based Hariga Brigade of the east-based Petroleum Facilities Guard (PFG) blockaded Tuesday oil exports at Hariga oil port, preventing [Olympic Fighter] vessel from docking in protest of what the gunmen described as a “delay of salary payments for over a year”.

This blockade is the first to take place since the resumption of oil production and exports in last September.

In a statement, the gunmen said over 1000 fighters under the command of Hariga Brigade of the PFG in Tobruk hadn’t received salaries since September 2019, adding that they had previously talked to relevant authorities, including the PFG, National Oil Corporation and Arabin Gulf Oil Company, adding that their correspondence was of no use.

The brigade said it had blockaded oil exports at the Hariga port and wouldn’t allow any tankers to dock until its demands were answered.

Meanwhile, the Libyan dinar lost some value on the black market on Tuesday after the news of the oil exports’ blockade at Hariga port. The loss came after a positive boost for the dinar over the last few days following the implementation of the new exchange rate at the Libyan Central Bank.