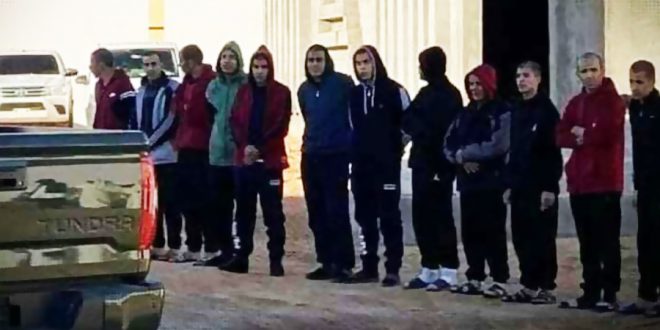 The Libyan 5+5 Joint Military Commission exchanged Wednesday prisoners between the Government of National Accord and Khalifa Haftar’s forces.

The member of the 5+5 commission, Mukhtar Naqasa said 27 prisoners from Haftar’s forces were swapped with GNA forces in Shuwerif area – 417 km to Tripoli – in the presence of two delegations from the 5+5 commission and elders from different areas.

Meanwhile, the UN Support Mission in Libya (UNSMIL) welcomed the exchange of prisoners under the auspices of the 5+5 Joint Military Commission as part of the ceasefire agreement, adding that this was the second exchange of prisoners between GNA and Haftar’s forces, which “proves the two parties are committed to going forward with the ceasefire agreement”.

The UN Support Mission in Libya called on both parties to continue with the ongoing negotiations to reopen the coastal road as per the points of agreement of the ceasefire.

Security Forces
All
2021-01-06
asaeid
Previous What does the future hold for Haftar and the Libyan National Army?
Next Haftar forces clash with mercenaries in Sabha