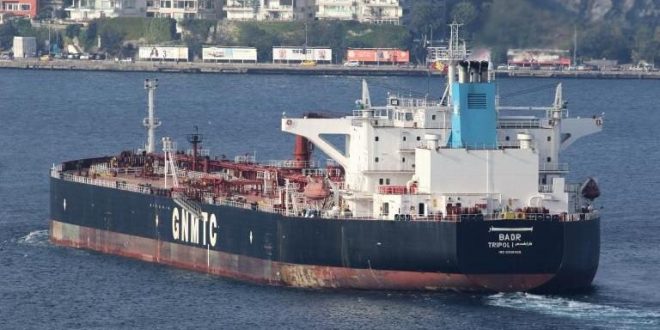 Oil tanker “OLYMPIC FIGHTER” docked Thursday at Hariga oil port in Tobruk after the strike of the protesters from the Petroleum Facilities Guard ended following the intervention of the municpal officials and city elders.

A source from Hariga port said the interim municipal council and Tobruk elders’ council gave the National Oil Corporation two weeks to pay the delayed salaries of the protesters or there would be a complete closure of the port.

The source added that the oil tanker “OLYMPIC FIGHTER” docked at Hariga port to load about one million barrels of crude and then head to China.

Gunmen of the Tobruk-based Hariga Brigade of the east-based Petroleum Facilities Guard blockaded Tuesday oil exports at Hariga oil port, preventing the “Olympic Fighter” tanker from docking in protest of what the gunmen described as a “delay of salary payments for over a year”.