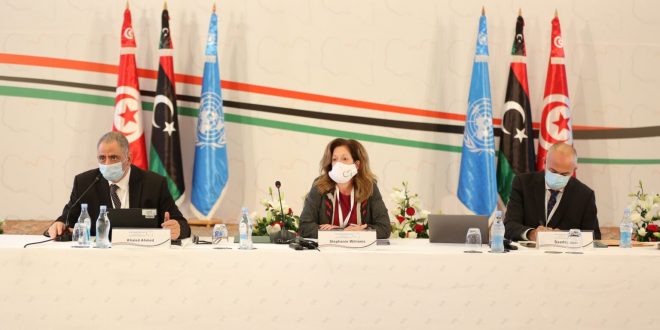 During the meeting, several proposals about the selection mechanism and the nomination procedures of Libya’s new interim government (slated to be labelled the Government of National Unity-GNU) were presented and discussed by the Committee’s members, UNSMIL reported.

Williams, UNSMIL reported, expressed her admiration to the “very constructive and collaborative discussion of the proposals,” and emphasized the urgency to break the current impasse and expedite the unification of the new government.

The participants agreed to continue the discussion in the coming days and to meet in-person next week in Geneva.

It will be recalled that the Advisory Committee will work for a period of only two weeks to produce concrete recommendations to address the differences that have emerged within the LPDF over the selection mechanism and the nomination procedures of the new unified Libyan interim government, and to build consensus among the LPDF members.