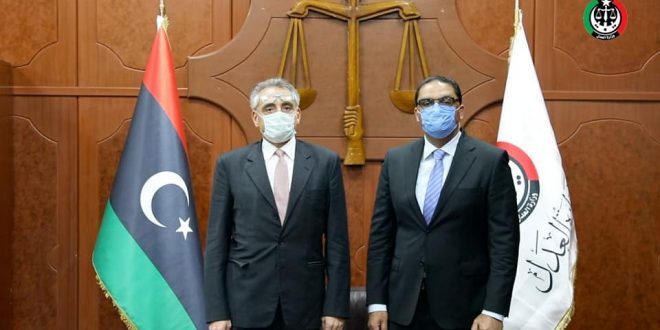 The Minister of Justice, Mohammed Lamloum, met on Monday, with the Italian ambassador to Libya, Giuseppe Buccino, at the ministry’s HQ in Tripoli to discuss common issues between the two countries.

The meeting discussed aspects of cooperation in the judicial fields, especially the memorandum of understanding which aims to strengthen judicial cooperation between the two countries.

The meeting also touched on several issues, including ways to combat illegal migration, Libyan political developments and international efforts to end the political division in preparation for holding parliamentary and presidential elections at the end of this year, according to the Ministry of Justice.