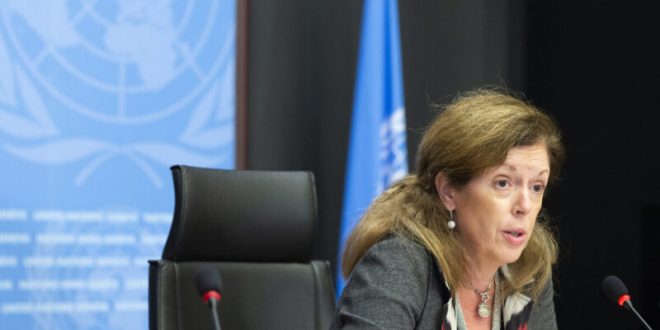 The United Nations Support Mission In Libya (UNSMIL) issued a statement detailing that the Security Working Group (SWG) for Libya held a virtual meeting to discuss the security situation in Libya and ways to support the work of the 5+5 Joint Military Commission (JMC).

The SWG renewed its call on all parties to accelerate the implementation of the ceasefire, particularly the opening of the Coastal Road between Abu Grein and Sirte, as well as the immediate repatriation of all foreign fighters and mercenaries.

UN Special Representative Stephanie Williams praised the efforts of the 5+5 Joint Military Commission and the progress made so far towards the implementation of the Ceasefire Agreement, including the recent exchanges of detainees conducted under the JMC’s supervision, as part of wider confidence-building measures; the resumption of flights to all parts of Libya; the full resumption of oil production and export; as well as the proposed unification and restructuring of the Petroleum Facilities Guards.

The Mission also reiterated its call on all parties to adhere to international humanitarian and human rights law, including the protection of civilians, especially by allowing and facilitating a safe and rapid delivery of humanitarian aid and services to all communities affected by COVID-19.

The statement reaffirmed the mission’s support for the Secretary-General’s proposal of dispatching ceasefire monitors and foresaw the deployment of a limited number of impartial, unarmed, non-uniformed, international monitors, to complement the Libyan monitors deployed by the 5+5 JMC.

The Mission concluded by stressing the importance of the implementation of the ceasefire agreement being led by Libyans and owned by Libyans.