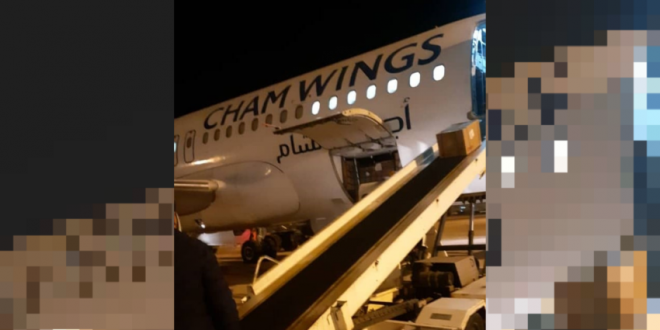 A US-sanctioned Syrian airline was used by the United Nations to deliver aid to war-torn Libya from the UAE, it has emerged.

Cham Wings, which had links to Syrian billionaire and cousin of Bashar Al-Assad, faced US sanctions in 2016 for transporting mercenaries and weapons on behalf on the regime.

In pictures shared by the World Health Organisation (WHO) on social media, Cham Wings was clearly seen being used to deliver aid to Libya, prompting outrage online.

“WHO Libya, led by the long-time (now former) head of WHO Syria, Elizabeth Hoff, appears to be using the sanctioned Syrian airline Cham Wings to bring supplies from Dubai to Libya,” Syria expert, Emma Beals said.

The tweet received a response from Libya expert Mary Fitzgerald.

“Worth noting UN panel of experts on Libya last year identified 33 Cham Wings flights to Libya & asked Damascus about allegations the airline was being used to fly Syrian mercenaries to Libya to fight for Haftar under Wagner contracts,” she wrote.

Cham Wings was sanction by the US Treasury in 2016 for cooperating “with Government of Syria officials to transport militants to Syria to fight on behalf of the Syrian regime and assisted the previously-designated Syrian Military Intelligence (SMI) in moving weapons and equipment for the Syrian regime”.

“Cham Wings’s Damascus-to-Dubai flight was one of the main routes SMI used to launder money throughout the region, with SMI paying all parties involved to ensure they would continue to do business with the Assad regime,” the Treasury said at the time.

The airline is not under United Nations sanctions.

The World Food Programme confirmed to media that the airline was used to deliver some 16 metric tonnes of aid to Libya.

“Due to the situation on the ground, the options for air freight delivery into Libya are minimal, and in this case, the WHO medical cargo was transported by the air carrier Chams Wings, which is not subject to United Nations sanctions,” the WFP spokesperson told TRT.

Libya has suffered internal fighting since the brutal suppression of protests against dictator Muammar Gaddafi in 2011 led to a broader uprising and conflict.

Two authorities are vying for power in the country: the GNA in Tripoli, recognised by the UN and supported by Turkish military forces, and strongman Khalifa Haftar, supported by the UAE, Russia and Egypt.

In early December, the acting UN envoy to Libya, American Stephanie Williams, said about 20,000 foreign and mercenary forces were still in Libya.