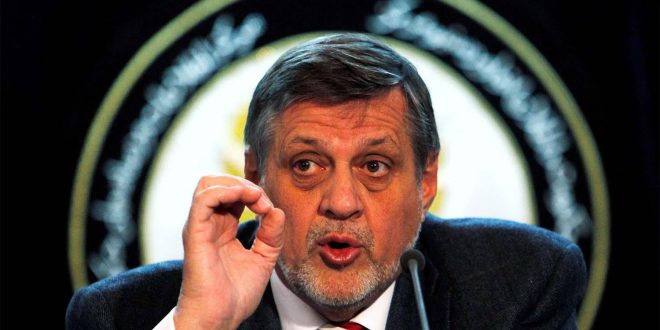 The United Nations Security Council approved on Friday the appointment of veteran diplomat Jan Kubis as the UN Libya envoy, diplomats said, nearly a year after the last mediator stepped down.

Kubis, a former Slovakian foreign minister, is currently the UN special coordinator for Lebanon. He has also served as the UN special envoy in Afghanistan and Iraq.

The appointment of Kubis comes after the Security Council approved in December a plan by Guterres’ to name Bulgarian diplomat Nickolay Mladenov to the Libya role. But a week later Mladenov said he could not take up the position due to “personal and family reasons.”

Libya descended into chaos after the NATO-backed overthrow of leader Muammar Gaddafi in 2011. In October, the two major sides in the country’s war – the internationally recognized Government of National Accord (GNA) and Khalifa Haftar’s eastern-based Libyan National Army (LNA) – agreed on a ceasefire.

Haftar is supported by the United Arab Emirates, Egypt, and Russia, while the government is backed by Turkey.