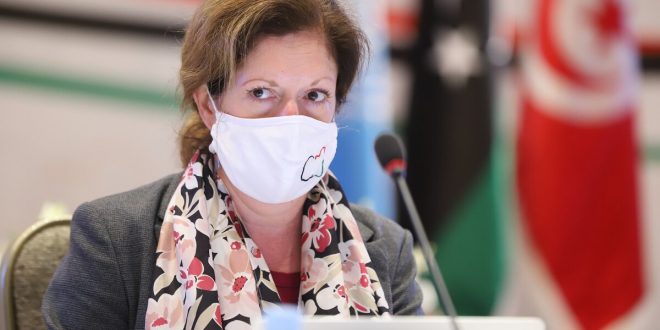 According to the results of a digital chat held yesterday between Acting UNSMIL head Stephanie Williams and 1,000 Libyans, Libyans fear the obstructionist status quo party, want the 24 December elections, support the current ceasefire, want the exit of foreign forces and mercenaries, would like more UN help in ending foreign interference and, otherwise, fear the re-eruption of war.

It must be kept in mind that this poll of Libyan public opinion is a summary of the event according to UNSMIL. It is notable that its report did not mention any criticism whatsoever of UNSMIL, the UN and the international community, whereas if social media is used as a barometer, they often come in for fierce if not vulgar criticism.

Here is the UNSMIL report on the digital chat in full:

‘‘Following the four-day meeting of the Libyan Political Dialogue Forum’s Advisory Committee in Geneva, Acting Special Representative of the Secretary-General for Libya, Stephanie Williams logged in to an AI – powered chat to engage in a digital dialogue with 1,000 Libyans, the majority of whom hailed from all regions of the country, with the remaining participating from abroad.

ASRSG Williams welcomed the high level of engagement and interaction by participants as they answered questions on the political, security, and economic situation in the country.

Over 70% participants agreed that the results of the Advisory Committee meeting were positive and hoped they would lead to a lasting solution. However, they feared obstruction from what they described as the “status quo” party.

76% of the participants were in favour of conducting national elections on 24 December 2021,  and the majority called for an end to the years-long transitional period.  According to 69% of those who joined the digital conversation, a “unified interim executive authority in the run-up to elections is needed.”

All participants expressed their support for the ceasefire agreement signed on 23 October 2020 and the majority called for mercenaries and foreign fighters to depart. They also called for a stronger UN role in ending foreign interference in the country, and for the continuation of the UN- facilitated dialogue, with many fearing that “Otherwise the war will erupt again”.

ASRSG Stephanie Williams expressed her deepest appreciation for the candid responses and recommendations she received during the digital dialogue, pledged to take them into consideration and to use them to inform all the UN-facilitated dialogue tracks.