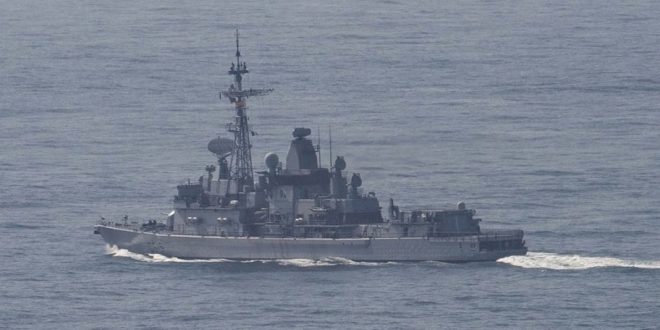 Operation “IRINI” launched by the European Union to monitor the arms embargo on Libya is seeking to strengthen cooperation with the EU’s border and coast guard agency (Frontex).

The commander of the Rome-based operation, Italian Admiral Fabio Agostini, signed an agreement in this regard with the executive director of Frontex, Fabrice Leggeri during a videoconference on Monday.

The meeting was also attended by the director-general of Immigration and Home Affairs of the European Commission, Monique Barratt, according to a statement of the EU mission.

The agreement provides for coordination in monitoring merchant ships suspected of violating an arms embargo against Libya by sharing satellite images and exchanging information in this regard.

“Operation IRINI is an important partner for us, and Frontex will provide information to overcome security issues in the Mediterranean,” the EU mission statement quoted Frontex commander as saying.