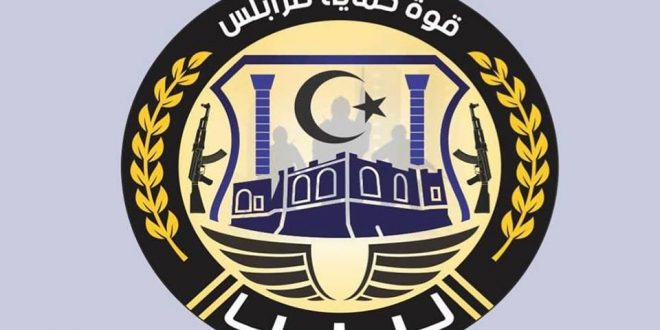 The Tripoli Protection Force (TPF), the city’s coalition of its main militias, recognized by the internationally recognized Libyan government based in the country’s capital, announced yesterday that it rejects the outputs and the method of voting used by the UNSMIL-brokered Libyan Political Dialogue Forum (LPDF) to agree on a selection mechanism to choose Libya’s next government.

This temporary interim government will lead Libya to the 24 December 2021 elections set out by the LPDF Roadmap.

The 75-member LPDF was chosen by UNSMIL to, in its view, represent all of Libya. As is the case with any selected body, there are always parties who do not feel the body is representative of their views. All the more so if the body makes decisions they feel weaken them.

Addressing its announcement to the UN Secretary General, Ambassadors of the Permanent Members of the Security Council and Heads of Mission of the countries sponsoring the LPDF, the TPF said they had ‘‘observed a dangerous deviation from the right path in a number of transgressions, starting from the suspicious way of selecting some of the characters participating in the dialogue, to the way in which proposals are presented and the voting process, and ending with the personal interference of some members of the Mission (UNSMIL) in directing the political path towards certain goals that do not serve the interest of Libya, but rather serve a narrow political circle that will not be able to bring Libya to safety’’.

‘‘Thus, we (the Tripoli Protection Force and the Western Region) reject the outputs and the method of voting that the Acting Head of the Mission (Stephanie Williams) pressures to achieve in the remaining period of her duties in Libya, in a scene that robs the will of the majority of the Libyan people, and in a rush of time that reflects a disregard by the Head of the Mission for the interests of the Libyan people who are suffering the woes, Illness, wars, and financial poverty.”

The TPF ended by saying that ‘‘With this statement, we affirm the necessity of returning to the (Libyan – Libyan) dialogue and sponsoring it and moving forward in peaceful dialogue as soon as possible through our national institutions.

We declare our defence of the Libyan values, principles and sovereignty, and we ask for the urgent intervention of the United Nations Secretary-General to correct the path of the Mission in a way that serves the interest of the homeland and the citizen. Bearing in mind that we reiterate our rejection of any outcomes of an incomplete dialogue that robs or detracts from the sovereignty of the Libyan people over their land, capabilities and historical legacy’’.

Ready to take measures against LPDF obstructers. No to status quo?

It will be recalled that in separate statements on 16 January welcoming the LPDF’s agreement on the selection mechanism for Libya’s next government, both the U.S and French Embassy warned obstructers of the LPDF process.

The U.S Embassy had said ‘‘it is time to move past the conflict and corruption facilitated by the status quo.

It went on to add ‘‘The Libyan people and the international community should use all available tools to prevent any attempts to impede this political transition.’’

At the end of its supportive message, the French embassy had said ‘‘Ready to take measures against those who obstruct the LPDF. No to status quo’’.

In its welcoming statement yesterday, the EU said ”More than ever, today, we stand with the immense majority of Libyans who reject the status quo, any military or violent option to settle the crisis and terrorism. We share their opposition to all foreign interference, and support their willingness to come together”.

In November last year, welcoming the Joint Military Commission (JMC) consultations in Ghadames to implement the October 23 ceasefire agreement, U.S Ambassador Richard Norland had said he was ‘‘encouraged that the overwhelming majority of Libyans are working in good faith to seize these historic opportunities for Libya to restore its sovereignty and achieve a brighter future.

However, he added that, regrettably, a small group of Libyans, in concert with certain external actors, is instead seeking to undermine the UN-facilitated dialogue, plunder Libya’s wealth, and prioritize personal ambitions over the well-being of the nation.

It went on to remind those who would stand in the way of progress that they remain at risk of sanctions.

According to the results of a digital chat held on 17 January between Acting UNSMIL head Stephanie Williams and 1,000 Libyans, Libyans fear the obstructionist status quo party, want the 24 December elections, support the current ceasefire, want the exit of foreign forces and mercenaries, would like more UN help in ending foreign interference and, otherwise, fear the re-eruption of war.

UNSMIL had reported that over 70% of participants in the digital chat had agreed that the results of the LPDF Advisory Committee meeting were positive and hoped they would lead to a lasting solution. However, it went on to say that ‘‘they feared obstruction from what they described as the “status quo” party’’.

In view of all of the above, it will be interesting to see what will be the reaction of the international community to any obstructionist status quo individuals or groups. This is especially so today, the day of the inauguration of the new U.S. president; President Biden.