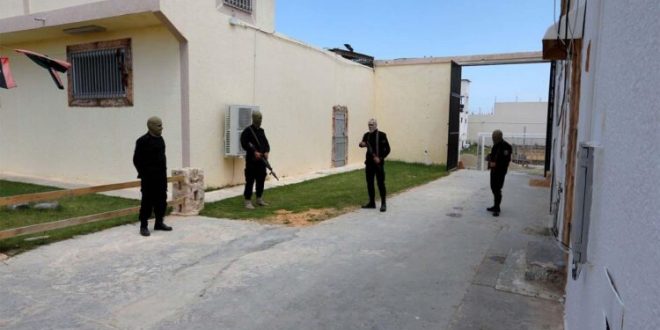 Abuse of female inmates compared to practices of the Gaddafi regime

Libya’s Solidarity for Human Rights (SHR) organization stated that a considerable number of women detained Tripoli’s Mitiga prison are carrying out a hunger strike against unfair detention and inhumane treatment.

The human rights body added that these women have been held without a fair trial or a set date for a trial to take place in years, calling on the Attorney General’s to immediately release the women who have yet to be found guilty of anything or give them their fair day in court.

Human right organizations international and local are no longer allowed to visit the prison, including the United Nations Support Mission in Libya, a decision that the SHR has criticised as unjust and a call for action to defend these women’s basic human rights.

According to statements from female detainees, there are no female guards at the facility, and they are often subjected to harassment, abuse and sexual assault without any ability to file a complaint or have their voices heard.

A researcher at the SHR compared the treatment of these detained women in the prisons to the practices by Muammar Gaddafi’s security apparatuses in Abu Salim prison before 2011.

Mitiga prison houses 3600 inmates including women and children according to the UN Office of the High Commissioner for Human Rights and is run by the Anti Organized Crime and Terrorism Deterrence Force.

The Government of National Accord’s media office and the Attorney General’s office have yet to comment on these accusations and concerns.