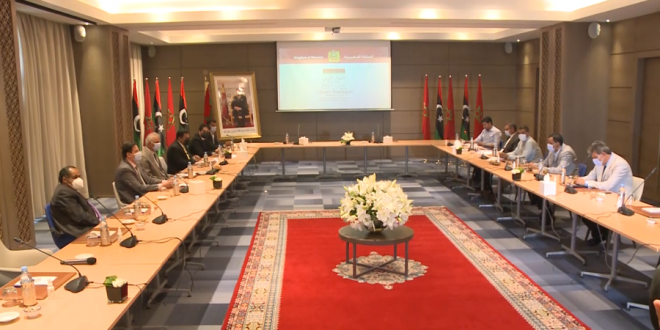 The Supreme Judiciary Council has denounced “regional quota” approach used in Bouznika dialogues regarding the sovereign positions in Libya, especially those related to the judicial authority being run by certain regions in the country.

In a statement Sunday, the council said the work of the Judiciary committees and authorities are regulated by the law and “constitutional framework”, adding that it cannot accept a resolution made by a group that doesn’t stem from a lawfully elected, unified legislative council and that the judicial authority is the only entity that is unified and elected as per the law and represents all Libyans.

“The council won’t allow any entity to target its unity and independence without a legal and constitutional basis. The quota system used in Bouznika is a flagrant violation of the independence and unity of the judiciary in Libya, which remained a unified body – east, west and south – despite all divisions in other authorities in the country.

The delegations of the House of Representatives (HoR) and High Council of State (HCS) agreed Saturday in Morocco’s Bouznika to form a working team to name the future incumbents of the state sovereign positions.

In the meantime, the member of the House of Representatives, Mohammed Al-Raeid, told Libya Al-Ahrar TV that the delegations in Bouznika had agreed on the distribution of state sovereign positions geographically: the Central Bank of Libya and Administrative Control Authority for Cyrenaica region (eastern Libya) the Supreme Court and Anti-corruption Authority for Fezzan region (south) and the Attorney General and Audit Bureau’s positions for Tripoli (western region).