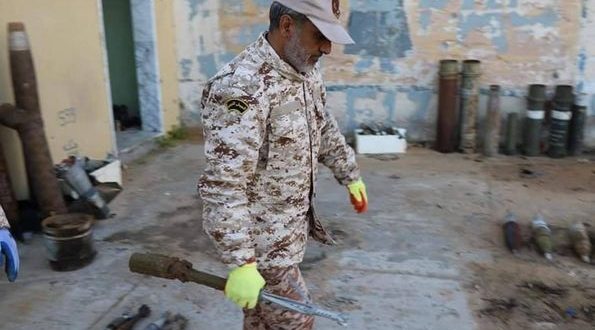 Brigadier-General Khaled Hanqa has been killed in a landmine explosion in the area of Ain Zara, south of Tripoli, the Military Engineering Department of the Government of National Accord (GNA) reported on Tuesday.

The Military Engineering Department confirmed that Brigadier-General Hanqa died whilst performing his duty in clearing mines and booby-traps from the homes of citizens in the Qabiyali region of Ain Zara, which were planted by Haftar’s militia and the Russian Wagner Group south of Tripoli as they fled from the area in May of 2020.