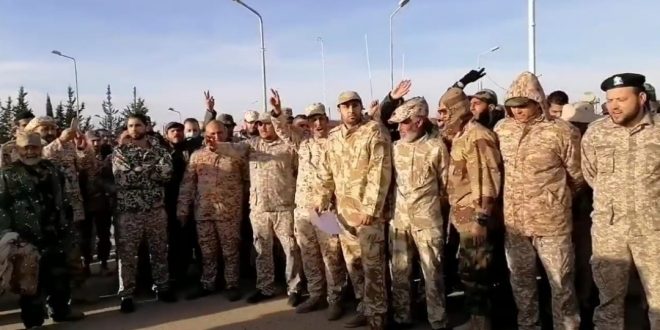 The Petroleum Facilities Guard (PFG) of the western region branch gave Finance Minister Faraj Bumatari a week on Monday to reverse his decision on stopping their field allowances, warning they would resort to closing the Zawiya refinery in the event their demands are not met.

In a statement, the PFG members called on the concerned authorities to intervene to re-disburse the field allowance and the rest of their financial dues, in addition to giving them military numbers and granting them health insurance.

In that context, members of the PFG of the Oil Crescent and the Harika oil port ceased on Sunday the export of oil from the areas they occupy in protest against the non-payment of their salaries.