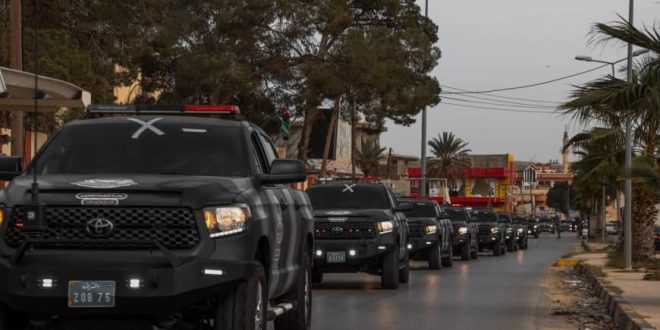 The Tripoli based Interior Ministry sent a strong force on Sunday into Tarhuna to reimpose security after disorder and attacks on property.

The outbreak of disorder is believed to be acts of revenge by families whose relatives’ bodies were recently recovered and identified in the city’s mass graves. The Kani/Kaniat family/militia were believed to be responsible for their deaths.

The Kani brothers ruled the city with an iron grip accused of cold bloodedly murdering anyone who opposed them. Initially, they had been aligned to the Tripoli government, but switched their allegiance to Khalifa Hafter.