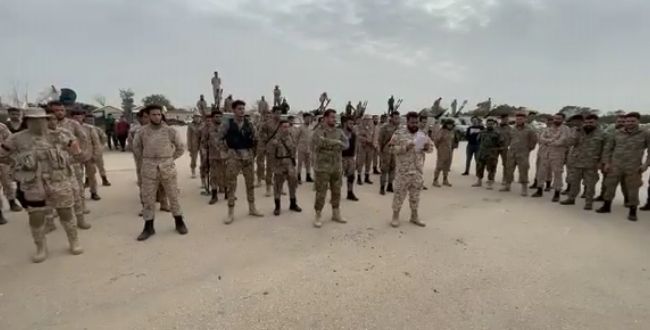 Several military brigades from western Libya urged the Head of the Presidential Council, Fayez Al-Sarraj, to reunite the council and form a national unity government until elections are held on December 24, 2021.

The brigades called in a statement Sunday for the unification of all military factions in western Libya and ending all previous conflicts as well as reopening all roads connecting Libyan cities and returning forcefully-displaced people to their homes in western Libya.

The brigades said the Government of National Accord (GNA) should integrate all Volcano of Rage Operation fighters into state security and military institutions, accusing UNSMIL of being behind the conflicts in Libya over the last years via its dialogues that led to no fruitful outcomes.

They also said the continuation of the GNA for years in Libya is another proof that UNSMIL and its dialogues are a failure, calling for a clear and transparent roadmap for Libyans and for supporting holding elections next December, reiterating rejection to “non-agreeable figures” who are being nominated for the new executive authority.