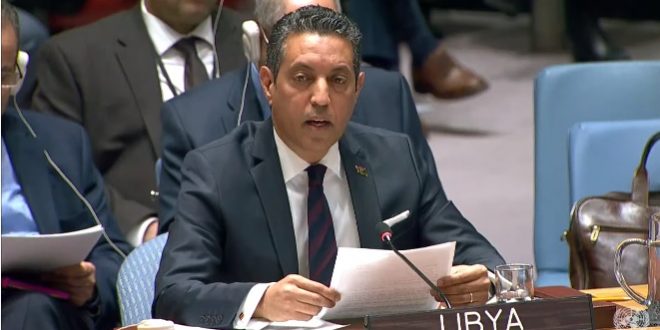 The Libyan ambassador to the United Nations, Taher El Sonni, warned Sunday Belgium of after attempting to seize Libyan frozen assets worth 49 million euros, advising Belgian authorities to back off as “this won’t happen”.

El Sonni said on Twitter Belgium was trying to take advantage of this stage, as Libyans are busy preparing for a new political and peaceful period, to seize 49 million euros in frozen assets.

El Sonni said that in cooperation with the Libyan Investment Authority, they have informed the UN Security Council about Belgium’s intention to seize Libyan frozen assets, adding that many countries had expressed support for Libya in this situation.

The Belgian Minister of Finance agreed last January to inform the UN sanctions committee to unfreeze some of the Libyan assets in Belgian banks to get dues worth 47 million euros, which he said the Libyan state must pay.

Belgium has been attempting to pave the way for unfreezing Libyan assets for Prince Loran foundation that is demanding to be reimbursed a sum of money for its NGO, thus informing the UN sanctions committee in late January to allow it to use the assets, while the committee said its decision will be made in a few days.