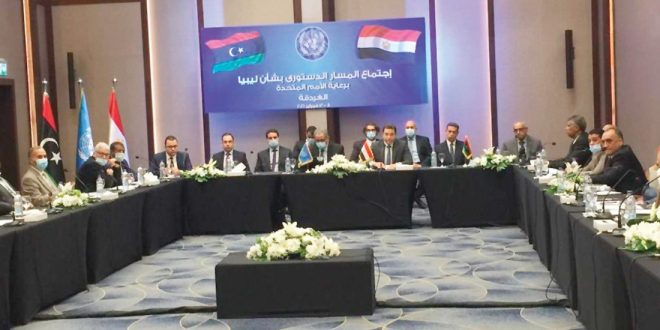 According to the Spokesman for the HoR, Abdullah Belheeg, today’s opening session was addressed virtually by the head of the Egyptian General Intelligence Service, Major General Abbas Kamel, during which he emphasized Egypt’s support for the consensus in Libya and supported the various tracks of dialogue, wishing that the work of this round would be crowned with success.

This was followed by a virtual address by new UN envoy to Libya, Jan Kubis, where he thanked the delegations, wishing them success in reaching a correct constitutional base to conduct the electoral entitlements on time.

Equally, the 84-member Libyan Political Dialogue Forum’s (LPDF) Roadmap stipulates that constitutionally based general elections must be held on 24 December 2021.