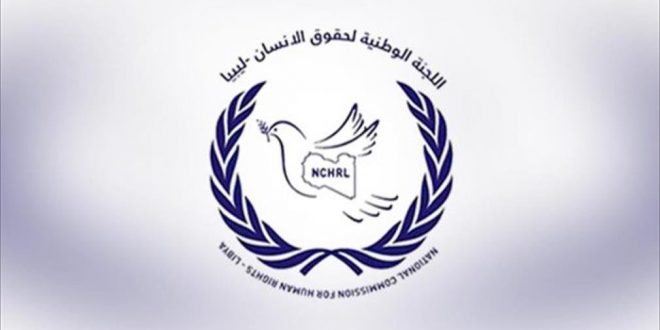 The National Commission for Human Rights in Libya (NCHRL) stressed the importance of working to settle and address the issue of detainees and prisoners and the revelation of the fate of all missing persons “completely and comprehensively” in order to create conditions for achieving national and social reconciliation in Libya.

In a statement issued yesterday the NCHRL called on the UNSMIL to adopt a greater role in the process of exchanging prisoners and detainees on the basis of social identity and political positions of all military and security parties throughout the country.

It called for pushing for the resumption of the exchange of detainees and prisoners through the 5+5 Joint Military Commission (JMC) and based on the understandings and political consensus reached among the political parties at the Libyan Political Dialogue Forum (LPDF) in Geneva.

The NCHRL also urged the JMC to expedite the expulsion of foreign forces from Libyan territory, as well as to stop all violations of the UN arms embargo.