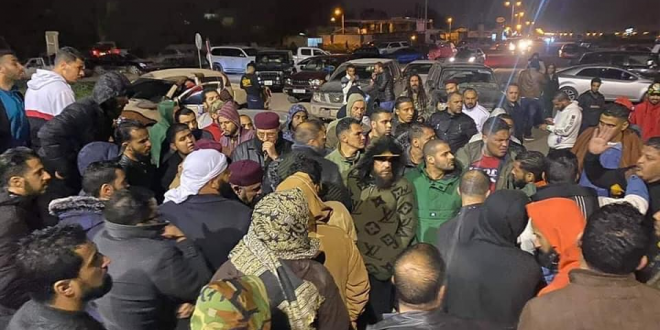 Sources from Benghazi said Bulaghib was coming from Tunisia to Benghazi when he was “probably detained by one of Haftar sons’ militias”, adding that there was an overwhelming anger from Awaqir tribespeople, many of whom gathered in Benina area calling for the release of Bulaghib.

Sources close to Brigade 106, which is led by one of Haftar’s sons and was behind the detention of Bulaghib, said the tribal leader was detained over doubts that point to him being behind murdering activist Hanan Burasi, who was killed on the street in Benghazi.

No clashes were reported at the gatherings of the tribal crowds. Bulaghib hasn’t yet been released either and no party has claimed his arrest so far.