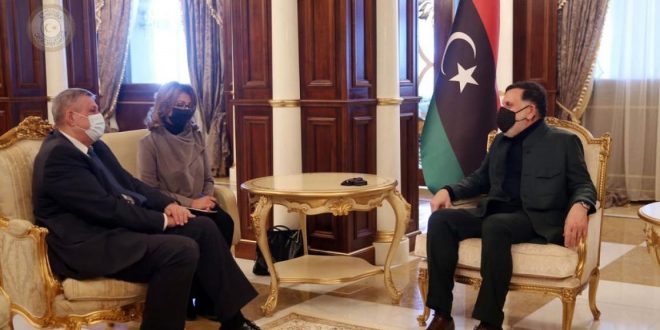 The Head of the Presidential Council of the Government of National Accord, Fayez Al-Sarraj, has asked for UN technical support and security arrangements for the December general elections and to coordinate with the High National Elections Commission to oversee the electoral process.

The remarks came in a meeting between Al-Sarraj and the UN envoy, Jan Kubis, in Tripoli, as Kubis congratulated Al-Sarraj on the progress made so far in the three-track Libyan-led/owned dialogue, including the ceasefire agreement and the successful outcome of the Libyan Political Dialogue Forum.

Kubis also congratulated Al-Sarraj and Libyans on the tenth anniversary of the February 17 revolution, hailing the efforts exerted by the Presidential Council in achieving stability in the country.

Al-Sarraj congratulated Kubis on his appointment, and offered him his support in his new mission, expressing his full support for a smooth transition of power.

Meanwhile, Kubis also hailed the recent agreement on a unified budget by Libyan parties, and agreed with Al-Sarraj on the need for full compliance with the agreed-upon elections date of 24 December 2021.