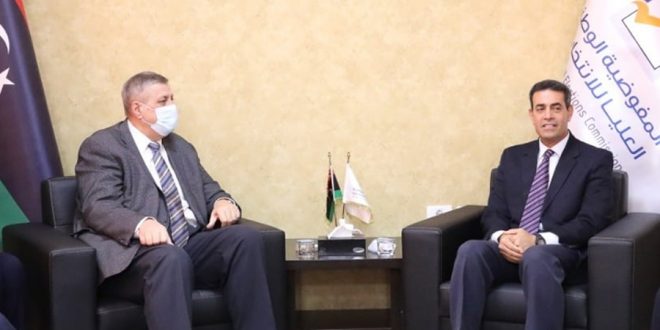 The Chairman of the Libyan High National Elections Commission (HNEC), Emad Al-Sayeh, discussed Thursday with the UN envoy to Libya, Jan Kubis, the preparations as well as obstacles ahead of December 24 elections.

Al-Sayeh and Kubis reviewed at the HNEC headquarters in Tripoli the political stances of different Libya elections’ stakeholders, in addition to the role of the new executive authority in doing its tasks of taking Libyans to the polls by the year’s end.

Meanwhile, local media reported that Al-Sayeh said Thursday that the deadline for the House of Representatives and High Council of State to approve a constitutional referendum legislation had ended, adding that the issue is now with the Libyan Political Dialogue Forum.

The High Council of State failed last Tuesday to approve the understandings of the constitutional committee meetings in Hurghada, let alone the failure of the House of Representatives to hold a formal full-quorum session to tackle these developments.