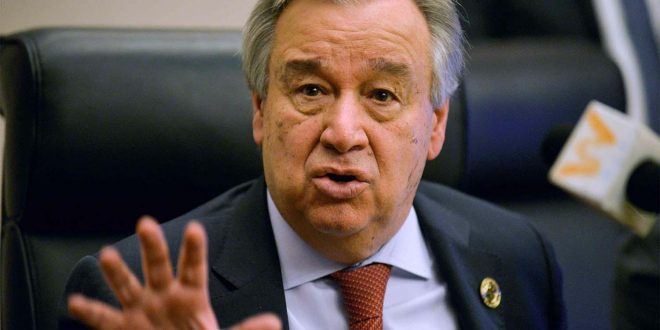 Guterres calls for acceleration of mercenaries’ withdrawal from Libya

The Secretary-General of the United Nations, Antonio Guterres, has renewed his call to monitor the ceasefire and the necessity for the mercenaries to leave Libya, stressing that there had been no news of their departure from the country.

“I hope that those forces leave as soon as possible”, Guterres added after two separate conversations with the Chairman-elect of the Presidential Council, Mohammad Menfi, and the Prime Minister-designate, Abdul-Hamid Dbeibah.

He also expressed the readiness of the UN organization to support the elections in Libya, stressing the need for the new authorities to seek to organize the elections on December 24, according to a statement by his spokesman, Stephane Dujarric.