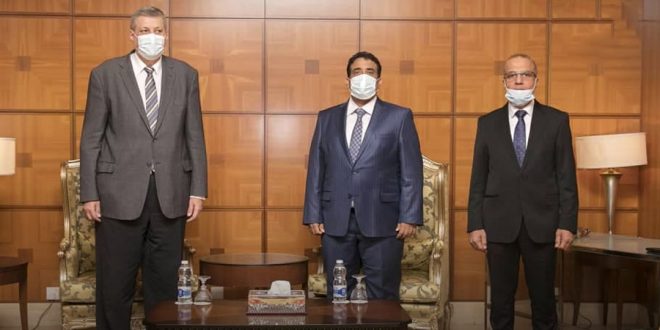 Kubis reiterated in the meeting the support of the UNSMIL to ensure December 24 elections are held, hailing the election of the new executive authority in Geneva by the members of the Libyan Political Dialogue Forum.

In the meantime, Menfi stressed the importance of the work to be done in the coming period by the new executive authority, especially the continuation of the military track by the 5+5 Joint Military Commission until it can unify all state institutions in the country.

Menfi also stressed the significance of national reconciliation in the coming period, saying there will be real efforts to support the House of Representatives and High Council of State’s agreements.