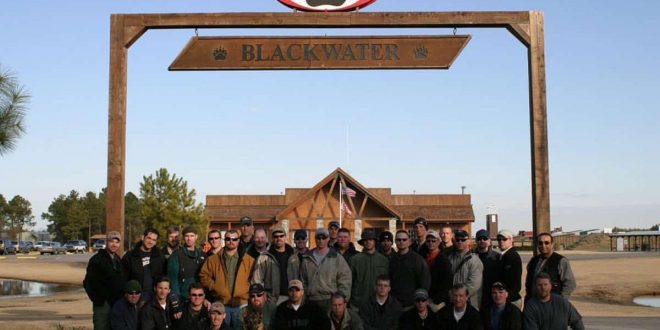 Mercenaries boss Erik Prince pumped $80m in weapons and fighters into eastern Libya, violating an arms embargo, UN investigators have found, according to reports published in the US media on Friday.

An ally of former US president Donald Trump, Prince’s alleged support flowed to the forces of renegade General Khalifa Haftar as he launched an assault in 2019 aimed at seizing the capital, Tripoli, from the UN-backed government.

A confidential UN report into violations of the arms embargo, reported by the New York Times (NYT) and Washington Post, found the operation involved mercenaries, aircraft and cyberwarfare technology.

The operation included plans to form a hit squad to track and kill Libyan commanders opposed to Haftar, including some who were also European Union citizens, the NYT said.

An official cited by the NYT said investigators also found evidence of one of Prince’s associates regularly trying to contact the White House around the time that he was sending in weapons. It was not clear whether the associate managed to get through.

Trump expressed his support to Haftar in a phone call shortly before the Libyan commander’s offensive of Tripoli began.

The NYT said the accusations against him could potentially lead to Prince facing sanctions.

Prince, a former Navy SEAL, is the founder of the Blackwater private security firm, now called Academi, whose contractors were accused of killing unarmed Iraqi civilians in Baghdad in 2007.

Prince did not cooperate with the UN inquiry and his lawyer declined to comment to the NYT.

Libya has been ravaged by civil war since a Nato-backed uprising led to the toppling and killing of Muammar Gaddafi in 2011.

The country has in recent years been split between the UN-backed Government of National Accord in Tripoli, supported by Turkey, and an eastern-based administration, whose forces are led by Haftar and backed by Russia, the United Arab Emirates and Egypt, among others.

The UN report noted the mercenaries had links to the UAE and also identified Turkey as violating the arms embargo in support of the Tripoli government.

The UAE reportedly made 150 flights to eastern Libya early last year, according to details from the investigation leaked in September.