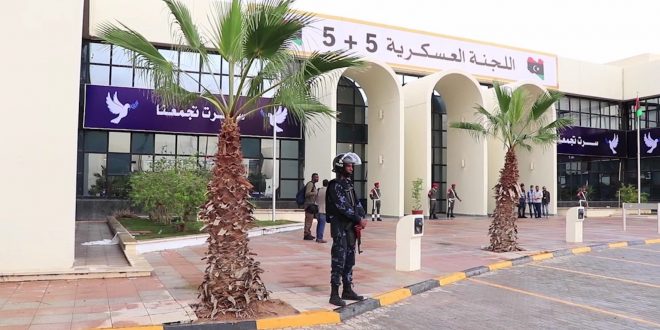 The 5+5 Joint Military Committee (JMC) confirmed that the city of Sirte has been secured to hold the full quorum session of the Libyan House of Representatives to grant their vote of confidence to Libya’s new government.

In a statement, the JMC said that the security conditions in the city are secure enough to safely host members of the parliament to carry out the vote of confidence and reunify the parliament.

This is following a meeting between new prime minister Abdul Hamid Debaiba, head of the presidential council Mohamed Al-Menfi with the members of the JMC to discuss necessary arrangements needed to carry out the vital vote of confidence session.

Sirte recently hosted the JMC for military talks and discussions regarding the recent developments in the country.

Earlier in the week, members of Libya’s newly elected interim government held their first meeting in Tripoli since their appointment in geneva more than weeks ago by the Libyan political dialogue forum (LPDF).

In keeping with the roadmap established by the LPDF in Tunis last year, if the parliament fails to conduct a vote of confidence within 21 days of the election, the vote will then go to members of the LPDF.