Home / Normal / UN: Lots of work to do before sending ceasefire monitors to Libya 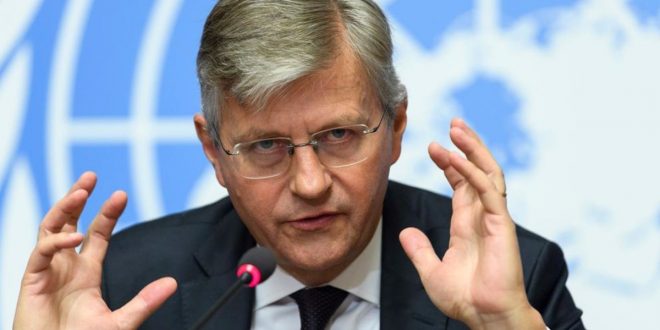 UN: Lots of work to do before sending ceasefire monitors to Libya

The United Nations Under-Secretary-General for Peace Operations, Jean-Pierre Lacroix said Tuesday that the office of military affairs and police of the UN have expressed readiness to monitor the Libyan ceasefire implementation on the ground.

Speaking to reporters at a UN press conference, Lacroix said they have the capacity to monitor the Libyan ceasefire on the ground if the UN asked them to do so.

He added that there was still a lot of work to be done in order to clarify what the role of the UN in Libya would be.

Lacroix said the office is continuously informed about the developments of the ceasefire agreement and the UN can have a role in monitoring the ceasefire on the ground in Libya.

The ceasefire was reached by the 5+5 Joint Military Commission on October 23, 2020. In December of the same year, the Secretary General of the UN, Antonio Guterres, proposed sending ceasefire monitors to Libya.