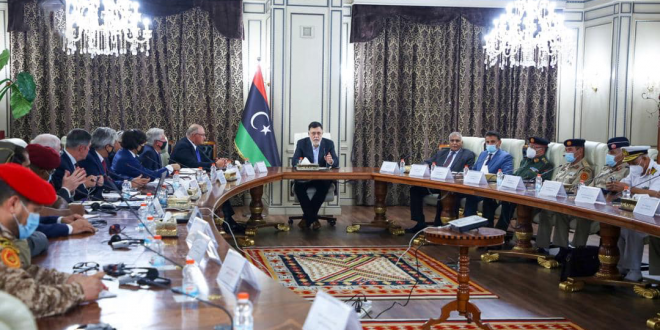 Plans for the administrative decentralisation of Libya were unveiled at a cabinet meeting of the Faiez Serraj government on 22 February.

Under proposals drawn up by the Acting Local Government Minister Abdelbari Shinbaro, Libya would be divided into seven economic zones and 12 administrative regions.

The economic zones would be based on activities and would not necessarily be geographically within the same boundaries. For example, there could be a tourism zone, consisting of Sabratha, Leptis Magna and Cyrene (Shahat) or an agricultural zone combining the Jebel Al-Akhdar in eastern Libya and areas east and west of Tripoli.

Each administrative region or province would, however, be within the same boundaries and consist of several current municipalities. A region would have its own president and two vice presidents as well as a council drawn from the mayors of the municipalities within it.

The proposals are the most important move on decentralisation since 2012, when Law 59 passed by the National Transitional Council (NTC) established the current system of municipalities. That law also called for Libya to be divided into provinces made up of several municipalities. However, a separate law to set up provinces was never drafted.