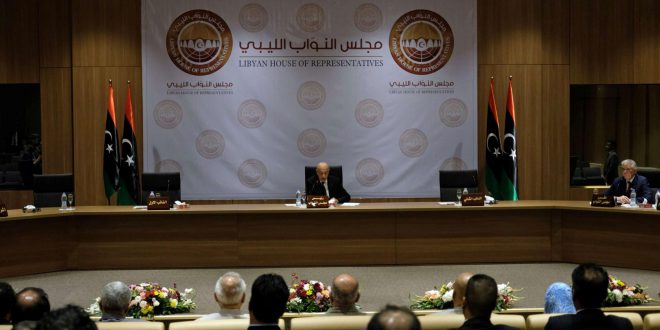 In their statement the 73 members called on prime ministers designate, Abd Alhamid Dabaiba, to consider the criteria of competence, honesty and experience, and giving the opportunity to new faces when – choosing members of his government.

The HoR members also called on the rest of the members to hold a session to grant confidence to the GNU.

The members expressed their surprise that considering the circumstances and the toing and froing, and the resulting division of institutions, some members were seeking sovereign positions.

It is believed that 74 does not make a legal quorum and the validity of such an ‘‘unconditional’’ support announcement is questionable. However, it is seen more as a form of pressure on reluctant members and HoR Tobruk head, Ageela Saleh.

LegislationPolitical Transition
All
2021-02-25
asaeid
Previous Libya army: Russia Wagner mercenaries violate ceasefire
Next The United Nations and Libya: The habit of putting the cart before the horse