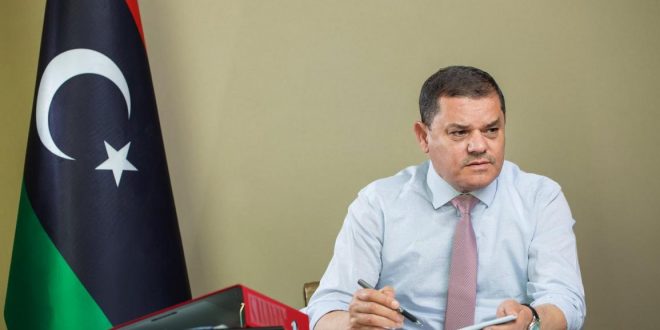 Libyan Prime Minister-designate Abdul Hamid Dbeibah failed to name members of a cabinet ahead of a deadline on Thursday, causing concerns over whether his transitional government can unite Libya‘s divided factions.

Dbeibah was expected to announce his cabinet in a news conference from the capital Tripoli and send it to the Tobruk-based House of Representatives for approval. However, he only proposed guidelines for selecting cabinet ministers, along with a “vision” of his upcoming priorities.

“We submitted today a proposition for a structure and a working vision of a national unity government along with the selection criteria for (that) team … to the speaker of Parliament,” Dbeibah told reporters in Tripoli on Thursday evening.

“We are ready to submit the names (of cabinet ministers) but we should consult among ourselves and examine candidate names meticulously.”

Since 2015, Libya’s state institutions have been divided between administrations in the west and east, with each receving backing from different foreign powers. The country was mired in another civil war after warlord Khalifa Haftar launched an unsuccessful military offensive on Tripoli in April 2019.

Dbeibah said he supports a cabinet of technocrats who would represent Libya’s main geographic areas in the east, the west and the south.

“These are critical times and we are taking into consideration that the cabinet must genuinely achieve national unity and seek consensus and reconciliation,” he said.

Cairo called on him to convey a new image of Libya that would reshape international relations in a framework of confidence.

Dbeibah promised the Egyptian leadership that he seeks to control the militias rather than directly combatting them, until they are integrated into the state’s official institutions, subjected to laws, and then dismantled, the source added.

Egypt once again stressted that the Sirte al-Jafra line is a  “red line,” asking Dbeibah not to transfer any of the “militias” west to the east near Cairo’s western border.

Cairo was a firm backer of warlord Haftar’s self-styled Libyan National Army (LNA), partly to repress militias in eastern Libya. It also backed his Tripoli offensive alongside the United Arab Emirates, Saudi Arabia, Russia and France, who were keen to consolidate an authoritarian “Sisi model” in Libya.

Dbeibah also said his government would support an economic partnership with Turkey and abide by the November 2019 maritime agreement signed with the Tripoli-based Government of National Accord (GNA), which gave Ankara permission to explore Tripoli’s shores for oil, in return for military protection. He described it as “an important agreement for both peoples”

“Our relationship with Turkey is distinguished within the framework of mutual respect for the sovereignty of states, Turkey is our economic partner, and we support this partnership,” Debeba said at a press conference in Tripoli on Thursday on developments in the formation of his government.

Turkey intervened militarily in Libya in January 2020 to repel Haftar’s military offensive, putting it at loggerheads with Egypt and the rest of the LNA’s supporters.

Political Transition
All
2021-02-26
asaeid
Previous The United Nations and Libya: The habit of putting the cart before the horse
Next UN official says Libya has 20,000 mercenaries