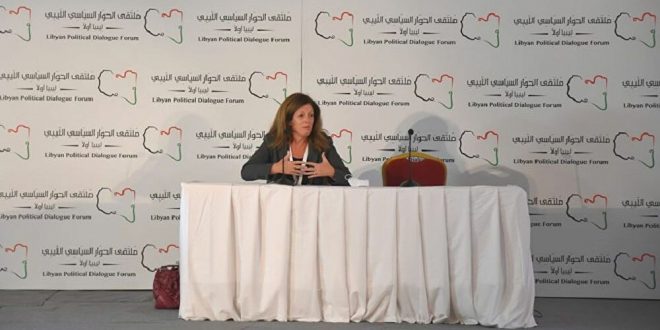 A senior UN diplomat in Libya told the Saudi newspaper Al-Sharq Al-Awsat on Friday that there are about 20,000 mercenaries in Libya.

Stephanie Williams, deputy special representative of the UN secretary-general for political affairs, stressed that these mercenaries did not enter Libya on a “red carpet”, saying that “they have to leave as Libyans reject any foreign presence in their country”.

The UN official said that the Libyan government, headed by Abdulhamid Dbeibeh, has a “great opportunity” to lead the country to elections on 24 December and implement the “roadmap” that emerged from the Libyan dialogue.

She also confirmed that the greatest challenge the government may face is some people’s thirst for power and wealth.

Williams revealed that the UN team took advantage of the “military stalemate” to push for imposing a ceasefire on 23 October, noting that among the important factors behind the success of the Libyan dialogue was “the Libyans’ rejection of the foreign presence in their country.”

Williams stated that former US National Security Adviser John Bolton had given Haftar the “green light” about four days before the attack on Tripoli, telling him: ‘”If you want to do this, do it quickly and reduce civilian casualties.’ I do not know what General Haftar said, but he gave the impression that he would walk easily to Tripoli.”