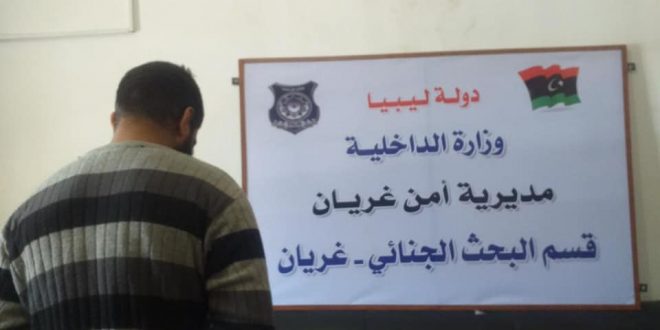 The Ministry of Interior on Monday said it had arrested a man in connection with the murder of several illegal migrants in Mizda town western Libya back in May 2020.

In a statement on Facebook, the ministry explained that the raiding operation was carried out by members of the Criminal Investigation Department of the Gharyan Security Directorate, who were following up on the case and managed to uncover new evidence.

Around 21 illegal migrants were killed in the aforementioned incident in response to the mysterious killing of a member from Awlad Abu Saif Tribe in Mizda.

The victim was suspected of involvement in human trafficking activities, according to the Interior Minister.

The perpetrator was referred to the Criminal Investigation Department, in coordination with the Office of the General Attorney, upon the Public Prosecutor’s instructions, according to the statement.