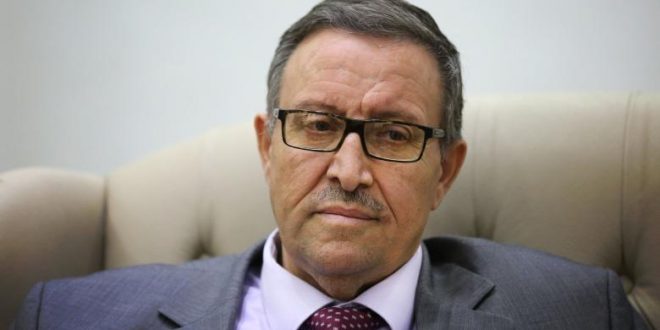 Governor of the east-based parallel Central Bank of Libya, Ali al-Habri has submitted a letter seeking retirement from the Speaker of the Tobruk-based House of Representatives, Aqeelah Saleh.

Al-Habri justified his move by saying that he had reached the statutory retirement age according to the Central Bank regulations.

In his letter, al-Habri insisted that he was working under heavy pressure trying continuously to provide liquidity, all this in the absence of security protection for the banking system or its employees, as he put it.

He referred to the weak funding capacity as the oil and gas were the sole sources of the state’s funding and this made his task impossible, he said. The debts reached a record level and put the whole banking system and state in danger, according to al-Habri.

It is noteworthy that employees at the Central Bank of Libya in Benghazi issued a distress call yesterday after a group of Haftar’s militias who were wounded in his last war on Tripoli attempted to storm the bank in protest of what they said “ignoring their demands for treatment”. They warned they would take further steps while security forces closed all roads leading to the bank.

A source from Benghazi said that the war-wounded were trying to break into the back door of the bank and besiege about 50 of its staff inside. The security directorate in the region did not send any force to protect the employees despite being informed of the incident, according to the same source.

Security Situation
BenghaziButnan
2021-03-03
asaeid
Previous Sirte on high alert as it prepares to host the HoR vote of confidence session
Next UAE to withdraw Sudanese, Chadian mercenaries from Libya: sources