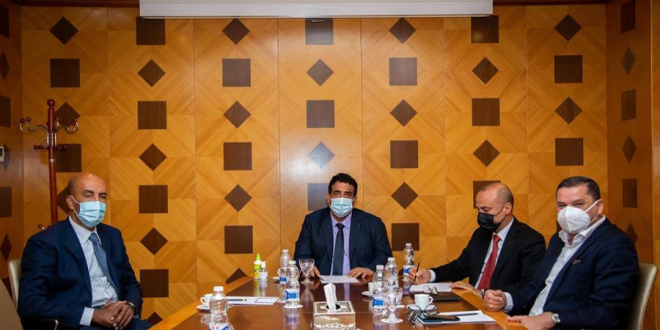 Libya’s new interim Prime Minister Abdul Hamid Dbeibah has called on UN experts to make public a report that alleged vote-buying ahead of his election.

AFP news agency reported that a UN panel said in a confidential report at least three participants had been offered bribes of hundreds of thousands of dollars for Dbeibah to gain power.

On Tuesday, the PM’s administration issued a statement calling the report fake news and demanding that the UN experts “publish their report on allegations of bribery” at the Libyan Political Dialogue Forum (LPDF) in November.

“We will not allow anyone linked to corruption to take up a position of responsibility,” said the new unity government, vowing to “bring together Libyans and re-unify institutions”.

The report was prepared by UN experts tasked with examining breaches of an international arms embargo on Libya, and is to be presented to the Security Council this month.

Libya has been mired in conflict since the 2011 NATO-backed uprising against longtime ruler Muammar Gaddafi.

Since 2015, the North African country has been split between two governments: The UN-recognised Government of National Accord (GNA) in Tripoli and a rival administration in the east allied with renegade military commander Khalifa Haftar.

The two sides agreed to a permanent ceasefire in October after Haftar’s failed bid to wrest control of the capital from the GNA.

The LPDF, launched in Tunisia in November last year, is part of a UN effort to bring an end to a decade of violence and unify state institutions in Libya.

Last month, its 75 delegates, selected by the UN to represent a broad range of Libyan constituencies, appointed Dbeibah and a three-member presidential council to see the country through to December elections.

The Tunisia talks were already marred by allegations of corruption before Sunday’s revelations.

Dbeibah, a billionaire from the western city of Misrata, has not yet named his cabinet and must win a vote of confidence from the Libyan parliament by March 19.

The speaker of parliament has said the legislature will convene on March 8 to discuss such a vote.

The UN’s Libya mission, UNSMIL, said Tuesday that it could not comment on the bribery allegations, noting that the expert panel “is a separate entity, completely independent from UNSMIL” and reporting directly to the UN Security Council.