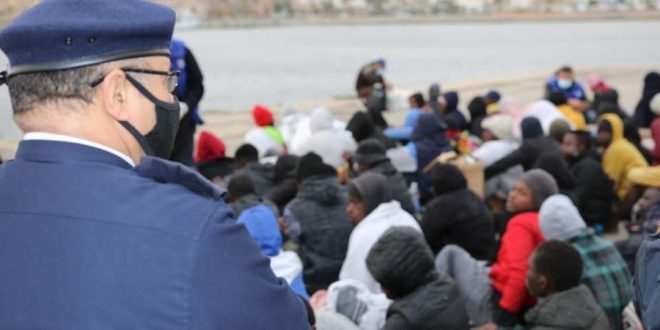 Libya is not capable of handling the migrantion crisis by itself, the country’s interim Prime Minister-designate has warned, adding that the international community should step up its support if monitoring and rescue operations are to be successful.

There are more than 570,000 migrants currently in Libya, according to UN estimates.

Libya has become the major transit point for people hoping to reach Europe, after the North African country plunged into a bloody conflict following a NATO-backed uprising that toppled and killed longtime leader Muammar Gaddafi in 2011.

“The problem of migration does not concern Libya alone… it is a global problem that concerns the entire world,” Libya’s PM-designate Abdul Hamid Dbeibah said at a press conference late last month.

Dbeibah was selected in early February in a UN-sponsored inter-Libyan dialogue, the latest internationally backed bid to salvage the country from a decade of conflict and fragmented political fiefdoms.

Smugglers often pack desperate families into ill-equipped rubber boats that are unable to survive the journey across the Mediterranean Sea.

According to the International Organization for Migration (IOM), more than 20,000 people have died in the Mediterranean since 2014.

More than 17,000 of those have been in the central Mediterranean, which is described by the UN as the most dangerous migration route in the world.

International agencies have also denounced the return to Libya of people intercepted at sea due to the chaotic situation in the country and poor conditions in detention centres.

Since February 2017, at least 36,000 people have been intercepted by the Libyan coastguard and returned to the North African country, UN figures show.

“At least 3,700 men, women, and children, were returned [to Libya] this year,” the IOM recently said. “Most were taken to detention, where already dire conditions continue to worsen.”

The European Union has reportedly spent more than 90 million euros ($109m) in funding and training the Libyan coastguard to stop the crossings.