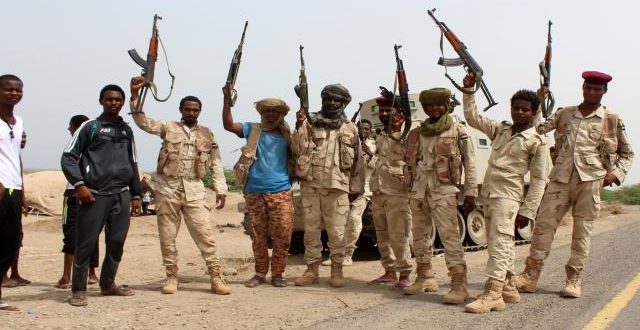 Two sons of Khalifa Haftar, the leader of Libya’s eastern-based forces, were in the United Arab Emirates for negotiations which saw Abu Dhabi cut its financial and military support to the strongman’s forces, sources told The New Arab’s Arabic-language sister site.

The negotiations ended with the UAE reducing the number of mercenaries recruited to support Haftar’s self-styled Libyan National Army (LNA), the sources said. Some 5,000 Sudanese and Chadian mercenaries are now said to be preparing to leave regions in southern and eastern Libya.

One thorny issue reportedly raised at the meeting was how to convince the mercenaries to part ways with arms acquired during Haftar’s 2019 assault on Tripoli in his war against Libya’s UN-recognised Government of National Accord (GNA).

On Tuesday, the advance team of a UN observer mission charged with monitoring a ceasefire between the country’s two rival factions arrived in Tripoli.

The unarmed observer team is also tasked with verifying the departure of thousands of mercenaries and foreign fighters who have been deployed to both sides of the conflict in the oil-rich North African country.

Sources also told The New Arab that Abu Dhabi stopped financing fighters from Russian private military contractor Wagner, based mostly in central Libya’s Al-Jufra Airbase, at some point in “recent months” after the contractor rejected orders from the UAE in favour of Moscow.

The link between the UAE and the private military contractor – who both supported Haftar – was exposed in December in a Pentagon report. Wagner mercenaries are now said to be moving to the south west of the country to clear Sirte in preparation of the arrival of Libya’s interim government, who could take the city as the seat of their transitional government.

With his international backers in disarray, Haftar’s clout has waned. Even local businessmen and investors are turning their backs on the general, having accrued debts with Haftar’s cash-strapped eastern forces.

This would have no impact on defense agreements between Turkey and the GNA concerning military and logistical provided by Ankara to Libya’s army.

According to the UN, some 20,000 mercenaries and foreign fighters were still in Libya in early December. A January 23 deadline for their withdrawal passed without any signs of them pulling out.

Libya’s 5+5 joint military commission, composed of five senior military officers from the GNA and five from the LNA last week announced they were to hold a vote of confidence in Libya’s new interim government.

UN-sponsored talks among the two sides in Libya are expected to resume in the near future in Geneva. Libya is scheduled to hold elections in December.