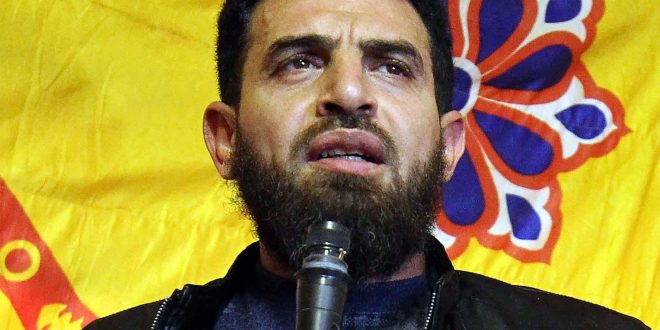 A prominent Libyan commander who was wanted by the International Criminal Court (ICC) for war crimes was assassinated on Wednesday, local media reported.

Forces loyal to Haftar could be seen patrolling roads after the killing, the online publication reported, while gunshots could also be heard in the area.

Werfalli was indicted twice by the International Criminal Court (ICC) for the suspected killing of more than 40 captives, including a 2018 incident in which photographs appeared to show him shooting 10 blindfolded prisoners.

He was sanctioned by the US Treasury Department in 2019 for “serious human rights abuse”.

Earlier this month, Werfalli was shown in a widely circulated video raiding a car showroom in Benghazi alongside his uniformed men, smashing up furniture and computers.

Tarek Megerisi, a policy fellow at the European Council on Foreign Relations, said friction between rival factions in eastern Libya had been escalating for some time and could further degenerate into a series of retaliatory attacks.

“I think this is going to be the first major challenge for the [Government of National Unity] GNU,” he told the Reuters news agency.

The GNU was sworn into office this month, taking over from the two rival administrations in east and west that have run Libya for years, as part of a UN-facilitated peace effort.

The eastern administration, backed for years by Haftar’s LNA, handed over its powers to the GNU on Tuesday at a ceremony in Benghazi.

Besides the challenge of merging Libya’s divided state institutions and preparing for elections in December, the GNU needs also to tackle a dire security situation with power held by a number of armed factions.