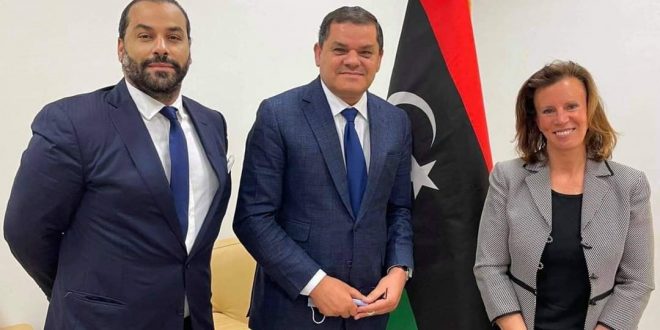 The U.S. will reopen its embassy in Tripoli ‘‘as soon as the security situation permits’’, it was revealed on Tuesday.

She was responding to a question from media on the back of France announcing on Tuesday that they were reopening their Tripoli on Monday 29 March.

Here is the transcript of the press briefing:

MEDIA QUESTION: Hi. Thank you. I was wondering, the French President Macron just said that France will reopen their – its embassy in Libya, in Tripoli. I know this administration has been trying to coordinate steps with its Western allies, so I wonder if you guys have any plans to do the same, to reopen the embassy in Tripoli and not in Tunis. Thank you.

MS PORTER: Hi. Thank you for your question. I definitely want to just remind and reiterate some of the points we’ve talked about our embassy in Libya previously. And again, the history of it is that the embassy in Libya – our operations suspended there in 2014, but we do have an ambassador to Libya who works in our embassy in Tunisia. And obviously, he travels to the region periodically for meetings, and our intent is to begin a process of resuming the U.S. embassy operations opening in Libya as soon as the security situation permits. And again, when we have an update on that, we obviously will be sure to announce that, and you’ll be the first to know. Thank you.