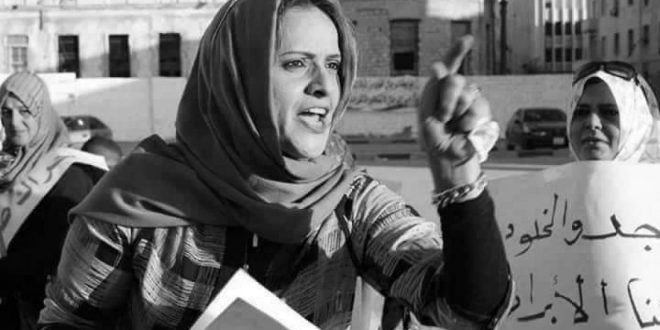 The daughter of the well known Libyan activist and lawyer who was murdered last year Hannn Al-Burasi was reportedly kidnapped this last week in Benghazi by unknown parties.

The armed assailants abducted the young woman to an undisclosed location and despite all efforts, her fate remains to be unknown as no terrorist group, militia or individuals have claimed the responsibility for her abduction.

It is worth noting that just hours before Haneen’s abduction, she appeared in a live broadcast in which she boldly named those involved in the brutal murder of her mother last year in broad daylight.

Haneen’s mother was a prominent activist and outspoken feminists who often spoke against controversial and powerful figures in Libya such as Khalifa Haftar, his sons and parties affiliated to them who have been known to commit crimes against women without any legal ramifications.

Hanan was murdered last year in Benghazi in broad daylight in November, and a UN report recently confirmed that her assassination was committed by parties connected to Khalifa Haftar and crimes committed by his forces.