Home / Normal / 120 km of the coastal road cleared of mines and 7.5 tons of explosive remnants of war removed: UN Libya 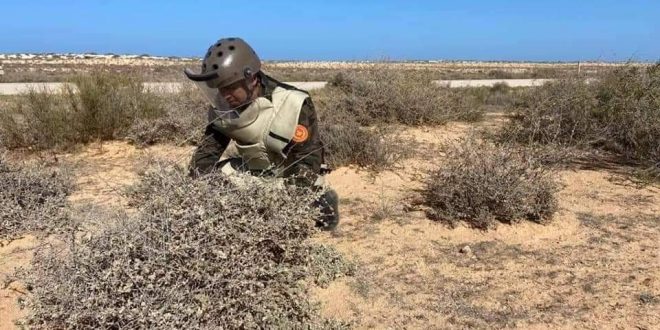 120 km of the coastal road cleared of mines and 7.5 tons of explosive remnants of war removed: UN Libya

The clearance is part of the effort to facilitate the reopening of the coastal road which in turn is one of the conditions of Libya’s October 2020 ceasefire.

The announcement was made by UNSMIL yesterday during a celebration in Tripoli to commemorate International Day of Mine Risk Awareness and Assistance in Mine Action.

“Since the signing of the ceasefire agreement in October 2020, we have once again noted the importance of mine action as a critical first response that enables humanitarian access, people protection, confidence-building measures and rapid recovery,” Gagnon said in a statement.

“In this regard, the joint military commission (5+5) has appointed representatives of a mine action subcommittee to assist in planning and operations for the implementation of the ceasefire agreement in Sirte, and thanks to the perseverance of the response teams, teams from the East and West were rapidly deployed and demined along the 120 km of the coastal road.”

“This action will have a positive impact on the daily lives of civilians such as the return of basic services, access to markets and freedom of safe movement.” Gagnon said.