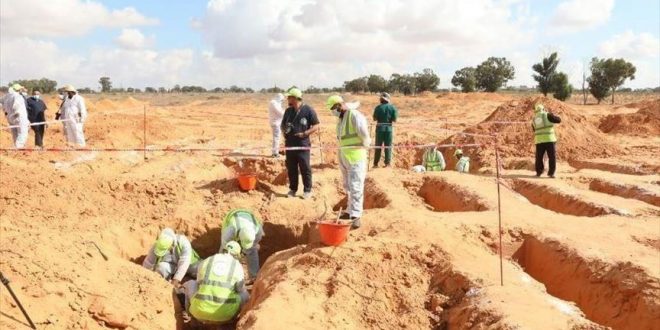 The General Authority for Search and Identification of Missing Persons reported that yet another two bodies have been recovered from two new graves in Tarhuna.

The Authority stated that its teams discovered both graves in the Rabt Area on the outskirts of Tarhuna.

The authority confirmed that the teams worked on two separate sites, which later turned out to be individual graves.

This is part of a series of mass grave discoveries in and around the city since its liberation from Haftar’s militia after they fled the area in June of last year.