Home / Normal / EU Migration Pact reflects a shared commitment to refugees: keeping them out at all costs 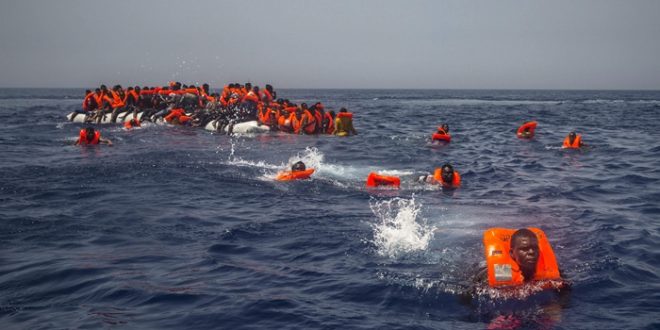 EU Migration Pact reflects a shared commitment to refugees: keeping them out at all costs

Since the outbreak of the Covid-19 pandemic, several reports and NGOs have warned that refugees on European soil would be at higher risk of infection due to living in overcrowded and unsanitary conditions, making it impossible to comply with social distancing rules.

In addition, the tightening of border controls and travel restrictions has resulted in an increase in “pushbacks, collective expulsions, and the use of violence” at the continent’s external borders in recent months, the International Organization for Migration (IOM) reported.

In Greece, desperate refugees saw the infamous Moria refugee camp burn down in September 2020, after several people tested positive for Covid-19. Faced with increasing criticisms over its neglect and failure to handle the situation, the EU pledged to find solutions and reform the EU’s asylum system in a timely fashion.

Debates on how to go about that reform have resurfaced in recent weeks, as “bickering among member states” risks stalling progress on the approval of the proposed New Pact on Migration and Asylum. The proposal, first put forward last September, is the result of lengthy negotiations between Member States, whose aim is to propose “a fresh start on migration”, “building confidence through more effective procedures”, and “striking a new balance between responsibility and solidarity”.

Presented by the EU as a transformational piece of legislation, many hoped the Pact would kickstart the long-awaited reform of the flawed Dublin System.

The EU’s new Pact on Asylum and Migration

The new Pact is based on three, main pillars. First, it aims to “adopt a ‘whole of route’ approach and seek even closer cooperation with non-EU countries along the migratory routes towards the EU” to tackle human trafficking, and work towards a better “migration management”.

While this may sound sensible on paper, it’s very likely that the cooperation will take the form of an expansion of border externalization policies, that is, EU Member States outsourcing border control to refugees’ countries of origin and transit, along the lines of the EU-Turkey Deal and Italy’s Memorandum of Understanding with Libya.

These agreements have justifiably been heavily criticised for skimming over human rights considerations, with their main objective being the interception and pushback of refugees trying to reach Europe.

Second, the “flexible solidarity” mechanism of the Pact focuses on accelerating and increasing the rate of deportations rather than fairly redistributing asylum seekers and refugees among EU countries, which is one of the main shortcomings of the current asylum system.

EU Member States will have the choice to either accept refugees who have to be relocated, or to give financial and logistical support to facilitate repatriations of rejected asylum seekers, whose applications will be evaluated in the country of first arrival. Considering the reluctance of many Member States to accept refugees in recent years, it is easy to predict that most will prefer focusing on deportations.

Third, the Pact aims to establish new accelerated border procedures to screen asylum seekers, coupled with the strengthening of the EU’s external borders through the bolstering of Frontex, the EU’s border agency. The rationale behind these procedures is to “allow authorities to examine a claim without granting entry to [the country’s] territory”. According to the European Council on Refugees and Exiles (ECRE), these would likely “undermine fair and effective examination of international protection claims”, and “lead to a huge increase in the numbers of people detained and the length of detention”.

Also, the risk is that these will perpetuate the current unsustainable hotspot system that the Pact is supposed to end, and make it a structural feature of the EU’s asylum system, with countries at the continent’s external borders, like Italy and Greece, processing most asylum applications, and refugees ending up trapped in cramped camps and detention centres in a state of limbo.

Old wine in a new bottle

Several experts and NGOs have cast doubt on whether the new Pact will bring about the changes needed to make the EU’s asylum system more effective and guarantee asylum seekers’ access to protection. They correctly point out that the proposal resembles more of a repackaging of decade-old policies, than the necessary structural changes promised by EU officials.

The refugee “crisis” of 2015 showed that the Dublin System, the range of mechanisms governing asylum in the EU, is inadequate and doesn’t work. The new Pact on Asylum and Migration, however, is anchored in the same mindset of deterrence and dissuasion, focusing on border controls and returns.

The proposal is fully in line with the EU’s migration policies of the last decades, and aims, essentially, to reduce arrivals from the Global South, and to deport people back to their country as quickly as possible. To achieve these goals, the Pact will entrench and expand current trends: border externalization policies in countries of origin and transit, militarization of the EU’s external borders, detention, and deportations.

Even if it contains some nice-sounding rhetoric, and while it uses the language of human rights, a closer look at the new Pact reveals it is a vague document, marked by lack of ambition and downward compromise between Members States, kept together by the shared objective of keeping as many people as possible out of Europe.

The EU made the clear choice of prioritising stopping and preventing refugees from coming, whatever the cost, sending them a cold message: keep out, you are not welcome here.

International Relations and CooperationTrafficking and Migration
All
2021-04-06
asaeid
Previous Egypt criticizes plan to integrate militias into Libyan army
Next U.S. pushing for constitutionally based Libyan elections on 24 December, LPDF to override HoR if it fails to prepare legal basis