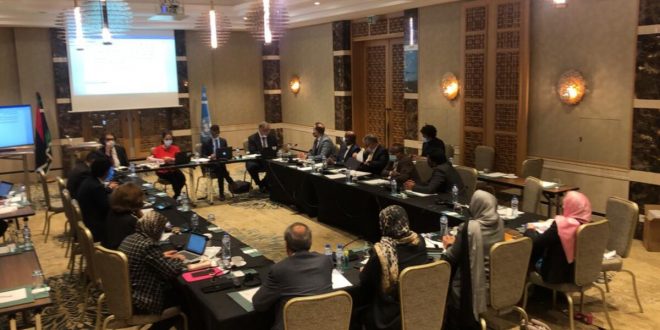 The United Nations Support Mission in Libya (UNSMIL) facilitates a three-day direct meeting of the LPDF Legal Committee in Tunis from 7 to 9 April to finalize discussions on a constitutional basis which will pave the way for national elections on 24 December 2021, in accordance with the Libyan Political Dialogue Forum (LPDF) Roadmap.

In his opening remarks, the Special Envoy of the Secretary-General and Head of UNSMIL, Ján Kubiš welcomed the members of the Legal Committee and underscored the importance of the efforts being exerted to achieve the objectives of the Roadmap adopted in Tunis in mid- November last year.

UNSMIL is fully committed to support the holding of national elections on 24 December 2021, in accordance with the LPDF Roadmap and with the overwhelming request of the Libyan people. It is high time that concerned constitutional institutions establish a constitutional and electoral framework as soon as possible to enable the holding of elections on 24 December. The deliberations of the Legal Committee are a critical element to move the elections preparations forward.