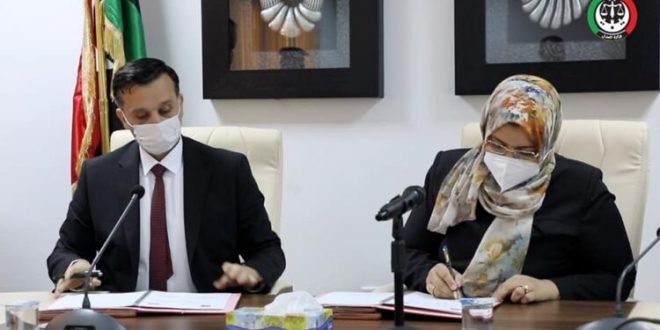 During the ceremony the Minister stated that she was pleased to be in Benghazi to open a new page of national unity and unified action in Libya, adding that she was honoured to receive her duties from her predecessor in Benghazi just as she has in Tripoli from Libya’s previous Government of National Accord.

She also thanked all those who had worked at this stage and endured difficulties at a difficult time and encouraged them all that the Ministery of Justice under her leadership is open to all to hear their demands and complaints to better shape the ministry’s services and future for its citizens.

Political Transition
AllBenghazi
2021-04-13
asaeid
Previous Minister of the Interior and his Turkish counterpart discuss further cooperation between Libya and Turkey
Next Foreign Ministry: Resettling migrants in Libya is not up for debate