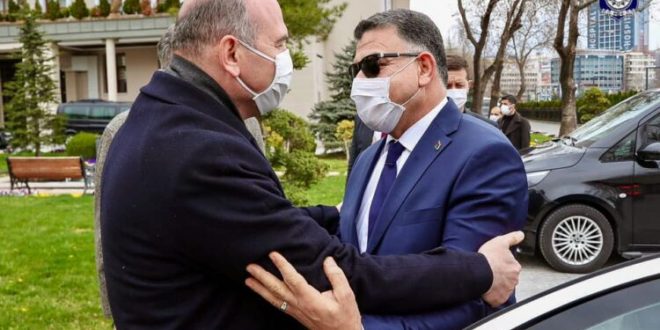 At the beginning of the meeting, the Libyan Minister of the Interior expressed the depth of the historical relations between the two friendly countries and stressed the importance of strengthening those relations in all areas of security, which would bring stability to both countries and their friendly populations.

He also stressed the importance of lifting the visa for Libyans who wish to travel to Turkey and of facilitating procedures on this aspect on the basis of scientific grounds and informed controls, thereby contributing to the common interests of the two countries.

At the meeting, all aspects of security cooperation between the two countries were examined, in particular with regard to combating illegal migration, training and security rehabilitation, as well as combating terrorism, border control and the exchange of experience in drug control and ammunition disposal operations.

According to the Information Office of the Ministry of the Interior of the Government of National Unity, the meeting concluded with the agreement to appoint delegates from the Ministries of the Interior in Ankara and Tripoli to establish a joint security committee to oversee further strategic security cooperation between the two nations.