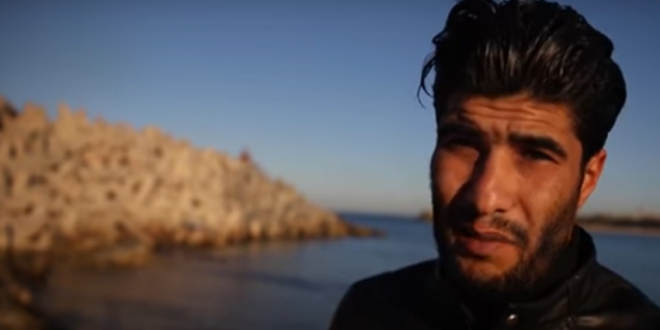 Libya has released a man described as “one of the world’s most wanted human traffickers”, just months after he was arrested in connection with the deaths of dozens of migrants by drowning.

Coastguard commander Abd Al-Rahman Milad, who is also known as Bija, is alleged to be “one of the most ruthless human traffickers in the world”.

Bija, who is wanted by Interpol, was freed on Sunday after the military attorney general of Tripoli dropped the charges against him “for lack of evidence”, according to reports.

He was being held by Rada special forces after being arrested in the Hay Al-Andalus district of Tripoli.

This comes as two Italian journalists, Nello Scavo and Nancy Porsia, who had been reporting on Bija, were given police protection after death threats were levelled their way.

The two journalists released an investigation in 2019 with the Italian newspaper Avvenire following Bija’s movements in Italy, including official meetings in Sicily and Rome two years earlier, sparking international attention.

“The UN Panel of Experts claims that Milad, and other coastguard members, are directly involved in the sinking of migrant boats using firearms. Al-Milad collaborates with other migrant smugglers such as Mohammed Kachlaf (also proposed for listing) who, sources suggest, is providing protection to him to carry out illicit operations related to the trafficking and smuggling of migrants,” the UN Security Council said in a statement released in 2018.

It eventually approved the sanctions against Al-Milad and five other figures alleged to be leading human trafficking operations in Libya.

“It is absurd that Italy continues to give money to Libya’s coastguard – [a] country that released a trafficker who threatened two Italian citizens,” Scavo told The Guardian.

“And it is even more absurd that his release took place a few days after the visit of the Italian prime minister, Mario Draghi, to Tripoli.”

Bija was described at the time as someone “that is consistently linked with violence against migrants and other human smugglers”.

Until the sanctions came into force, he led a coastguard unit at Zawiya, however was later suspended and dismissed.

“When I was arrested last October, the press wrote fake news about me… I know that the arrest was ordered by some politicians who forgot that Abd al-Rahman Milad had protected for years the coasts of our homeland,” he said.

Libya has long been a transit hub for migrants, but smugglers have stepped up their lucrative business in the years that followed the 2011 ouster of Muammar Gaddafi.

The fate of migrants has come under intense security since film footage emerged in 2019 of Africans auctioned off as slaves in Libya, drawing outrage from African governments.