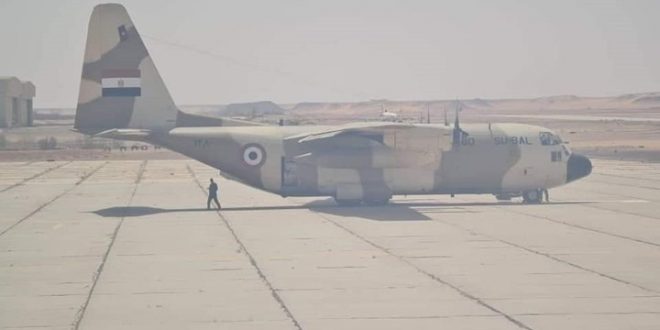 A Libyan army spokesperson has accused Egypt of sending two planes loaded with ammunition to rogue General Khalifa Haftar, under the guise of medical aid.

Drah said that the shipment contained only a small amount of medical supplies with the rest of the cargo made up of weapons and ammunition.

On Tuesday, the Libyan Health Ministry announced on its Facebook page that “two batches of medicine and medical equipment presented by the Arab Republic of Egypt had arrived at Sabha International Airport, in coordination with the Government of National Unity”.

The news was confirmed by the pro-Haftar Libyan Al-Hadath TV channel.

Rogue General Khalifa Haftar’s militias were previously in conflict with the UN-recognised Government of National Accord (GNA), before it became part of a unified authority.

Haftar received backing from Egypt, Russia, and the UAE, while the GNA was supported by Turkey.

Under a ceasefire deal agreed in October 2020, the GNA stepped down last March to make way for a new Government of National Unity, headed by interim Prime Minister Abdel Hamid Dbeibah.

Despite the ceasefire, occasional clashes have erupted between Haftar’s forces and those loyal to the former GNA.

Haftar’s forces have also reportedly engaged in efforts to mobilise and re-arm.

International Relations and CooperationSecurity ForcesSecurity Situation
All
2021-04-14
asaeid
Previous Al-Menfi arrives in Greece for his first official visit
Next Libya releases ‘one of world’s most wanted human traffickers’, detained after migrant boat sinking