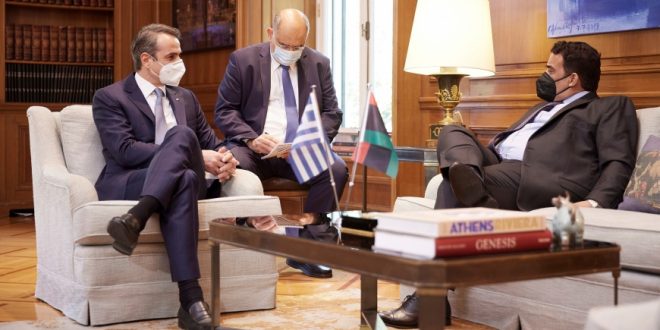 The Head of the Presidential Council, Mohammed Menfi, said Wednesday that the council cannot sign international agreements as per Libyan Political Dialogue Forum roadmap, refuting rumors about preparations to sign a maritime agreement with Greece.

Menfi said that the roadmap approved in Geneva doesn’t entitle the Presidential Council to sign deals with other states, adding on his visit to Athens that Libya was keen on activating joint commissions with Greece to pave the way for any upcoming agreements with the country, including the maritime boundaries demarcation issue.

He also expressed keenness on establishing economic, educational, cultural and security partnerships with Greece, saying there is now an opportunity in the presence of the Government of National Unity to boost bilateral relations.