Home / Normal / Pentagon: Russian presence in Libya is worrying for the United States and Europe 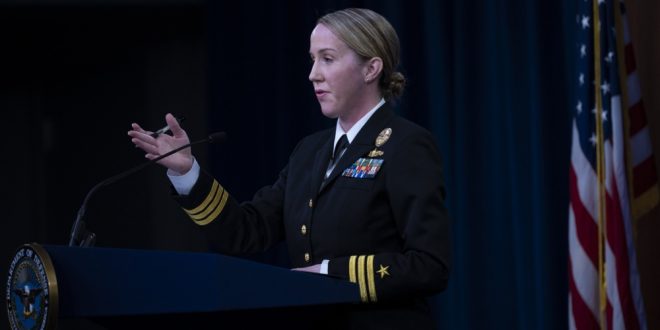 Pentagon: Russian presence in Libya is worrying for the United States and Europe

Naval Commander Jessica McNulty, the spokeswoman for the Pentagon, called Russian intervention in Libya a source of concern for the US, referring to mercenaries from the Wagner Company, which is owned by Yevgeny Brigogin, a friend of Russian President Vladimir Putin.

In press statements, McNulty said that Russian destabilizing involvement in the Libyan conflict is of particular concern to the US, as well as NATO and European Mediterranean interests.

She emphasized that the US condemns all international military operations in Libya and fully supports the implementation of the ceasefire announced on October 23, 2020, which includes the Libyan agreement on the immediate withdrawal of all foreign forces and mercenaries.